Arabic is one of the world’s most widely spoken languages. It ranks sixth, just behind French. It is also considered by many to be one of the hardest languages to learn, because of complex grammar and the pronunciation of letters and words. There are also lots of different dialects of Arabic, which further complicates things.

If you want a challenge, then Arabic’s a language that’s definitely worth learning. Beyond challenging yourself, there are many benefits associated with being able to speak the Arabic language. This post will tell you about some of them:

While it’s great to be able to travel and learn Arabic abroad, this isn’t manageable for most people. Thankfully, because Arabic is so widely spoken, you don’t have to travel abroad to learn to speak it – instead, you can attend an online course. The Arabic-language experts from https://al-kunuz.com/en/ say that you can learn the language just as effectively from home. If you intend on studying Arabic from home, then you need to make sure that you find a course provider that’s experienced and that has good reviews. A language tutor’s reviews will give you an idea of what to expect from them when you sign up. You should also remember that online courses aren’t usually free. With that said, they are generally a lot cheaper than community college courses are. Online courses are also significantly cheaper than traveling abroad to learn.

The Qu’ran is Islam’s holy book, much like the Torah is to Judaism, and the Bible is to Christians. The Arab diaspora is growing in North America and Europe, which means that it’s a lot more common to find mosques and Islamic educational institutions lining the streets of large towns and cities. Because Muslims make up such a large percentage of the population of many nations, it’s a good idea to learn to speak Arabic so that you can understand their religion. Learning classical Arabic will make it possible for you to read the Qu’ran and communicate with Muslims. If you are a Muslim yourself, then learning Arabic will help you to learn more about your religion and read the Qu’ran in the language that it was intended to be read in.

Arabs make up a large percentage of the population in many western nations. Arabs that move to western nations integrate very well and learn to speak English. Still, learning to speak Arabic will make it easier for you to negotiate and conduct business with Arabs, in addition to ingratiating you to them, which is good to keep in mind if you wish to grow your business in Arab countries.

One of the best reasons to learn Arabic is so that you can study ancient philosophy. Arabs have contributed tremendously to the advancement of philosophy. Some Arabic philosophical texts of importance to the Arabic-speaking world have not been translated into English yet. Some texts have been translated poorly, because the Arabic language can be very emotive, making it very difficult to translate them into English. If you learn to read Arabic, you will be able to read and translate these texts, in addition to being able to explore some very interesting philosophical ideas. 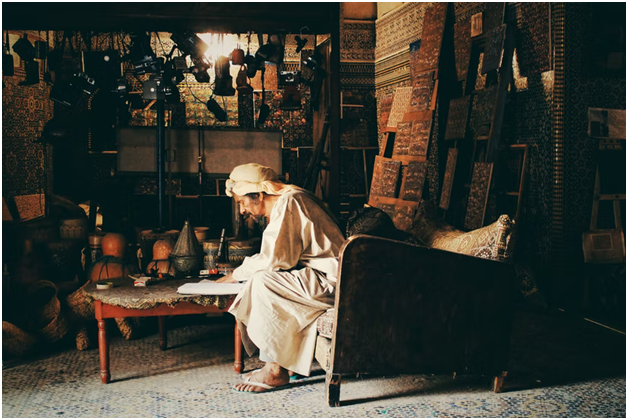 Arabic poetry is some of the world’s finest. Unfortunately, it is often overlooked in the west. In particular, Bedouin poetry is very good. Bedouins are nomadic tribespeople, who live in the desert. Bedouin society has largely been destroyed by the modernization of the Arabian Peninsula, but its poetry survives. If you are a fan of poetry, then learning Arabic will make it easier for you to understand Bedouin poetry. While a lot of Bedouin poetry has been translated into English, it is a lot better to read it in Arabic, so that you can truly understand each text’s individual meaning.

People that learn new languages tend to be a lot more intelligent than people that don’t. In terms of increasing actual intelligence, learning Arabic can help you to do that. Additionally, learning to speak Arabic can help to improve your memory and cognitive skills. Arabic is a very challenging language to learn, so mastering it can also help your confidence. On another note, Arab food is delicious. Many would argue that it is one of the world’s tastiest cuisine. If you learn Arabic, then you will be able to go on a food tour of the Arabian Peninsula and the Middle East.

Arabic is a language that you can derive a lot of benefits from learning. While the language can be a challenge to learn for people unfamiliar with non-Latin languages, once you get the hang of the language’s grammar and many nuances, you will master it in no time.

Steps to Be a Great Tutor for Your Child

How Quality Education Makes A Difference In Life

What Types of Programs Are Offered at a Vocational School